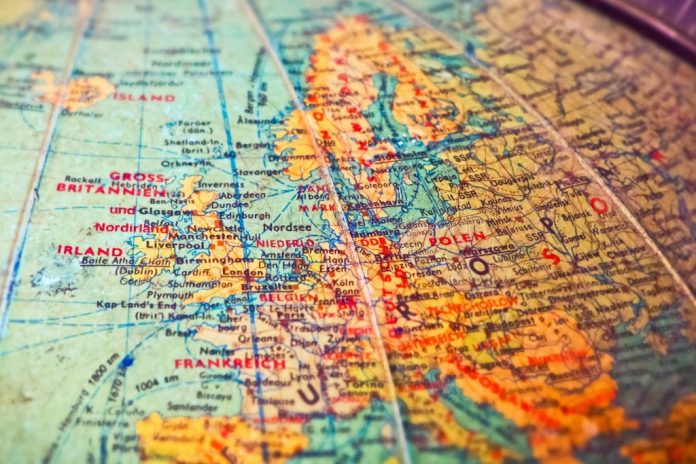 My beloved master, Hazrat Khalifatul Masih (may Allah be his helper)

Although Haqiqat-ul-Roya, a collection of Huzoor’s lectures delivered at Jalsa Salana in 1917 was received late, but reading them had a delightful impact on the heart. Every word was refreshing. It served as an extremely sublime spiritual nourishment for the soul. One’s heart is filled with divine light, and extraordinary energy and contentment are granted for further sacrifice. At this very moment, I find not a single challenging matter which could prove to be a hurdle for me in embarking the most cherished way. Huzoor’s pearls of wisdom had an electrifying effect on me.

An extraordinary sign of the fulfillment of Huzoor’s prayer was witnessed recently. Apparently, there were no signs of brother (…), a new Ahmadi convert, being released [from prison]. According to the prison governor, several Indians were more likely to be released before him and above all, it was impossible for the governor to recommend his release. Repeated requests were made to the home secretary which were rejected every single time. In spite of the adverse conditions, through the blessings of Allah the Almighty which were absorbed by the prayers of Huzoor, such circumstances were created miraculously that the new Muslim convert was released while the others who were more likely to be released remain behind bars.

A short tract has been sent for printing. 10,000 copies have been ordered for the time being. During this time of the year, I intend to carry out tabligh moving about on foot. I observed istikhara [prayer seeking good from Allah] at night and all of a sudden, before getting up, I was whispering the following words:

“And they prayed for victory, and as a result thereof, every haughty enemy of truth came to naught.”

This humble one prays for Huzoor and I request Huzoor from the depth of my heart to pray for me.

A telegram received from Mufti Muhammad Sadiq Sahib on 16 June indicates that Qazi Abdullah Sahib’s health is relatively better than before, all praise belongs to Allah. Members of the Jamaat are requested to pray that Allah the Almighty grants him full recovery from illness. (Editor Al Fazl)

Tabligh in the UK

The truth of Islam lies in its pure teachings which is being acknowledged by the people of Europe after thorough research. Listening to this week’s lecture of Qazi Abdullah Sahib in the Lecture Hall, Star Street, London, a revered gentleman and his lady who already had a discourse with him in Hyde Park, openly admitted in front of the audience that the lecture was well reasoned and true and that they totally agree with it. Another respected lady, by the name of Miss Bobby South, embraced Islam through Hazrat Mufti Sahib. She was given the Islamic name Maryam and her request of Bai‘at has been sent to Hazrat Khalifatul Masih.

Through the blessings of Hazrat Khalifatul Masih’s prayers, a discussion was held with three paighamis [those Ahmadis who had not accepted Khilafat]. By the grace of Allah, truth has become clear upon them and they have sent a request for Bai‘at to be presented before our Imam, Khalifatul Masih II. Their names are B Muhammad Kunji Sahib, G Muhammad Sahib and K Kunji Ahmad Sahib.

By the grace of Allah the Almighty, tabligh is being carried out exceptionally well. According to the weekly report, an English gentleman named Mr Scott, inhabitant of Islington, embraced Islam through Mufti Muhammad Sadiq Sahib. He was given the Islamic name Ibrahim. All praise belongs to Allah. At the Lecture Hall on Sunday evening, Hazrat Mufti Sahib delivered an address on The Blessings and Qualities of Islam in a very interesting manner. It had a positive impact on the new Muslim converts and the remaining audience which was fairly numbered. This humble one went to Southend-on-Sea on a tabligh visit where a number of people were spoken to about the verities of Islam Ahmadiyyat, aside from a public lecture. Moreover, literature was distributed.

A letter from Malabar

A recent letter from Sheikh Mahmud Ahmad Sahib indicates that the health of Maulvi Ghulam Rasul Sahib is on the road of recovery and the wound is healing. However, in spite of extreme weakness and loss of strength, which at times led to unconsciousness, Maulvi Sahib continued to carry out tabligh and sent letters to the chiefs of that region composed in Arabic.

Bombay’s missionary, Hakim Khalil Ahmad Sahib went to Shimoga for some days, [then] part of Mysuru’s region. There was only one Ahmadi, Mir Kalimullah Sahib (thekedar) at that time. By now, through the blessings of Allah the Almighty, a Jamaat has been established there. It has become known from Hakim Sahib’s letter that as per the needs, a mosque has been built in a matter of only a few days. Hakim Sahib will send a detailed report from Bombay.

WHY I ATTENDED AHMADIYYA CONVENTION IN THE U.K. – ETSU NUPE

The Etsu Nupe and the Chairman Niger State Council of Traditional Rulers, His Royal Highness, Alhaji (Dr.) Yahaya Abubakar, CFR has revealed the major reason for honouring the invitation to attend the International Convention of the Ahmadiyya Muslim Community held in the United Kingdom last year.

Speaking at his Royal Palace in Bida, Niger State during the visit of the National leadership of the Ahmadiyya Muslim Jama’at Nigeria led by the Amir (National President), Alhaji (Barr.) Alatoye Folorunso Azeez, the traditional ruler disclosed that the inner impetus to have first-hand information thereby correcting the wrong impression about the Muslim Community made him attend the Conference.

It would be recalled that the Etsu Nupe with other four members of his family attended the 2019 Annual Convention in the U.K. where they were given a befitting reception, and also had the rare privilege of meeting the Supreme Head of Ahmadiyya Muslim Community, Hadhrat Mirza Masroor Ahmad(May Allah be his Helper).

Dr. Abubakar expressed his delight over his experience in the U.K. as he was able to ascertain the truth about the Ahmadiyya Muslim Community and its belief system which were in conformity with the tenets and true teachings of Islam. He affirmed that those attacking the Muslim organization are ignorant of its belief system and activities. Consequent to his findings, the traditional ruler informed that he summoned all leaders of Muslim sects in his domain and educated them properly.

His words: “The motive behind attending the international convention of the Ahmadiyya Muslim Community in the U.K. was to actually seal the trust I had in the Jama’at and to have some clues about her belief system. I got to know that the organization believe in one God and that the Holy Prophet(Sallallahu alaehim wasalam ( was the seal of all prophets. The Community also promotes peaceful co-existence which Islam preaches, so what else?

“I was really impressed and convinced after that visit. Those giving wrong allegations and are attacking the Ahmadiyya Community do that out of ignorance and sensitization. I had to gather all the leaders of Muslim organizations in my Kingdom to the palace and educate them properly after my arrival from the United Kingdom. Ever since then, they (Muslim leaders) have changed positively and are now relating to themselves peacefully.”

The Etsu Nupe admonished religious leaders generally to eschew all forms of hate speech and disseminate the true teachings of Islam, notably the Peace Message which the Ahmadiyya Jama’at preaches across the globe.

“Before now, some of these scholars spent much time preaching against other sects than the time spent on disseminating true teachings of Islam. This trend has changed anyway after the orientation. Let us preach on five daily prayers, Hajj, and current affairs in the society. Avoid hate speech and re-awaken followers on Islamic affairs. Let us always appreciate what God has given us and refrain from anger, jealousy, envy and embrace peaceful co-existence. This will no doubt improve the spirit of brotherhood among us,” he opined.
Highlights of Amir’s Speech:

Barrister Alatoye while delivering his speech expressed his profound gratitude to the Etsu Nupe for honoring the 2019 U.K. Jalsa Salana (Annual Convention) which has further bolstered the Jama’at’s relationship with members of Nupe Kingdom.

He further solicited the Etsu’s full support and cooperation towards disseminating the peaceful message of the Jama’at across the country, taking into consideration current happenings in international politics.

“We thank His Royal Highness for attending our international Jalsa Salana 2019 in the U.K. It’s a huge blessing for the Jama’at in all sectors. Let me use the opportunity to emphasize that the Ahmadiyya Community is very much concerned about the spreading of a peaceful message. That is why His Holiness has been moving across the world to deliver peace messages to world leaders. Aside from this, the Jama’at is also concerned about the welfare of the masses, hence the establishment of Humanity First International which focuses on the provision of food, shelter, health services, education, disaster recovery, among others for the less-privileged. We humbly request for His Royal Highness’ full support for the actualization of these programmes, starting with the spreading of peace messages across Nigeria,” Barrister Alatoye requested.

His Holiness(May Allah be his Helper) Visit to Nigeria:

Barrister Alatoye later prayed for the protection of lives and properties and abundance of blessings in the Nupe Kingdom. He then presented Jama’at literature and other gift items to the Monarch.

Some of the entourage of Amir include the Missionary Incharge, Maulana Afzaal Ahmad Rauf; the General Secretary, Alhaji Abbas Iromini and the National Secretary External Affairs, Alhaji Hassan Sunmonu.

100 Years Ago… – Discussions and Dutch, American and Nigerian Ahmadi converts

100 Years Ago… – News highlighting the progress of Ahmadiyyat