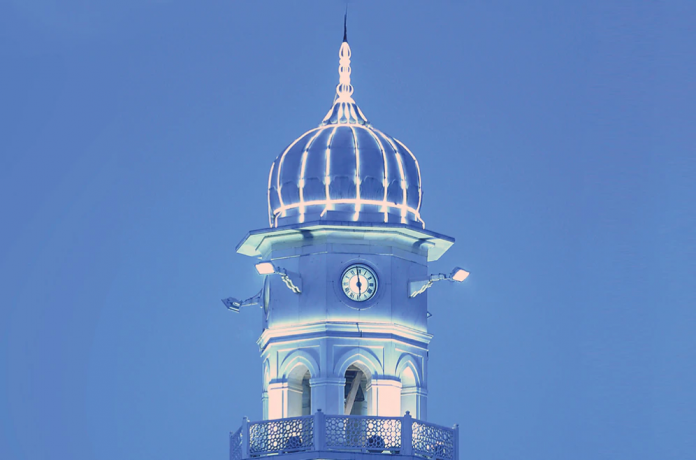 The peaceful teachings of the Ahmadiyya Jamaat and the practical display of sincerity and loyalty by Ahmadis towards Britain is generating feelings of love in the hearts of several officials. This phenomenon is not confined to India but in fact, it can be observed outside of India as well.

Hence, a friend states [from the UK] that a person who had been living with an Ahmadi from a long time went to a British officer in order to find work. When the officer began to interview the applicant and asked about his place of residence, he replied that he lived with an Ahmadi. Thereupon the following discussion took place:

Officer: Are you an Ahmadi as well?

Applicant: [Afraid that the officer might be offended by the name of an Ahmadi] No sir!

Officer: It is strange that you have been living with an Ahmadi for such a long time, but you have not accepted the truth. Go and become an Ahmadi first and come back (on a certain date).

We are grateful to Allah the Almighty that several officials have reverance for the honesty, sincerity and loyal sentiments of Ahmadis.

News has come in from a foreign country that opponents have filed a false case against Ahmadis. Before appearing in court, the Ahmadi lawyer handed over several books of the Ahmadiyya Jamaat to the judge in order to inform him about its beliefs. The honorable judge read these books and said:

“Before reading these books, I used to believe that the Holy Prophet[sa] was (God forbid) a dishonest and deceitful person. However, after going through these books, my point of view changed, so much so that my wife and I began to constantly repent and in fact, we became quite perturbed for our wellbeing.”

May Allah the Almighty enable him to become an Ahmadi Muslim.

The young man who saved the life of Lieutenant […] at Hafizabad railway station was Bashir Hayat Ahmadi, son of sub-inspector, Muhammad Hayat Sahib Ahmadi. We are proud at the loyal act of this Ahmadi gentleman.

The promulgation of Ahmadiyyat in Rohilkhand

“During the past three years, Ahmadiyyat has progressed and continues to advance parallel to the increase in intensity and vehement opposition in several districts. Since the initiation of opponents’ gatherings, 40 individuals have accepted Ahmadiyyat in Pilibhit Bareilly and Shahjahanpur. The increase in numbers of the Ahmadiyya Jamaat during the past three years has never been witnessed before, even in decades long periods.

“It becomes evident from the current climate that as the rising opposition causes difficulty and brings about the loss of wealth and life for Ahmadis, by the grace of Allah the Almighty, it also serves as a remarkable means for the progress, promulgation and introduction of Ahmadiyyat.

“The present condition is such that in the last week of April, 15 individuals of Bareilly accepted Ahmadiyyat. Today, two young men of Shahjahanpur sent their requests of Bai‘at. Their acceptance of Ahmadiyyat will be a source of blessings for the Ahmadis of Shahjahanpur, Insha-Allah. Among these gentlemen is Syed Qutbuddin Sahib, son of Maulvi Syed Muinuddin Sahib who translated the book Napoleon Azam. It is quite fascinating that in the same week, when the wording of Maulvi Muinuddin Sahib’s translated book was presented in the article discussing an earthquake as a proof for the meaning of war to also be taken from the word ‘earthquake’, Syed Qutbuddin Sahib entered the pale of Ahmadiyyat.”

“Syedi [my master] and Maulai [my leader]; Assalamo Alaikum wa Rahmatullahi wa Barakatuhu!During the past three months, I became well informed by reading the fine works of Jariyullah fi Hulalil Anbiya [the champion of Allah in the mantle of all the prophets], the Promised Messiah and Imam Mahdias and several books of beloved Huzoor [Hazrat Khalifatul Masih IIra]. I carried out discussions about Ahmadiyyat and listened to certain discourses. I attended non-Ahmadi gatherings that were conducted here this year and read several books of theirs. Moreover, I compared some books to each other. Consequently, Allah the Almighty granted me strength to reach this conclusion that Hazrat Jariyullahas [the Promised Messiahas] was truthful and honest in all his claims. Thus, I respectfully request beloved Huzoor to bless me with the honour of Bai‘at and pray for me to remain resolute and steadfast. Your servant, Syed Qutbuddin.”

“Syedi [my master] and Maulai [my leader]; Assalamo Alaikum wa Rahmatullahi wa Barakatuhu! I had the opportunity to examine several books of the Promised Messiahas here. Once I finished reading Kitab-ul-Bariyyah, by the grace of Allah the Almighty, the truth became completely manifest upon me and I was fully satisfied that the Promised Messiahas was truthful in all his claims. Now, I wish that beloved Huzoor [Hazrat Khalifatul Masih IIra] bless me with the honour of Bai‘at and pray that I remain resolute and steadfast. Wassalam; Your humble servant, Shujaat Hussain of Shahjahanpur, Overseer at the Court of […].” 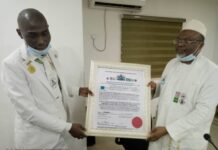 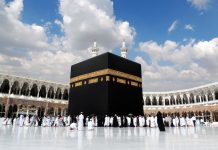 “Guide Us In The Right Course, O God!” – The Right Prayer for those at the Crossroads 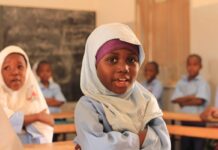 WORLD CHILDREN DAY: CHILDREN IN THE EYES OF THE HOLY QUR’ĀN