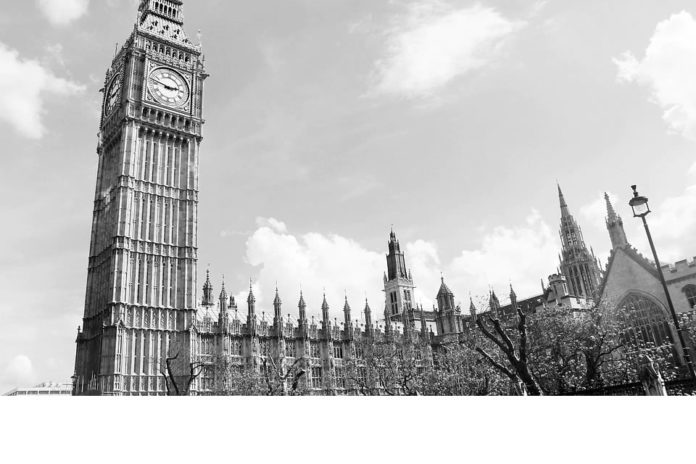 The following letter of respected Maulvi Abdul Rahim Sahib Nayyar, which comprises of many good news, reached us late for some reasons. So, it is being published now. We hope friends will read it with great interest. (Editor)

A young Walandesi i.e. a resident of Holland (also known as Dutch) was under the tabligh of Ahmadi missionaries for quite some time. He was first brought to us by our new zealous brother, Mr Olaf Ibrahim Faith. He regularly attended the Sunday Jalsas and continued to compare Christianity and Islam. He studied the book of the Promised Messiahas, Teachings of Islam, carefully read the conditions of Bai‘at, and after thorough deliberation and research, abandoned Roman Catholicism and converted to Ahmadiyyat by saying

[There is none worthy of worship except Allah and Muhammad is His Messenger] with full sincerity of heart. His Dutch Christian name was Johannse Hendrikos Petros von Ostefan. Since he was the first Ahmadi in the country of Holland, he was named Mahmud after the blessed name of Hazrat Khalifatul Masih II to bring good fortune. All praise belongs to Allah!

Allah Almighty is directing noble souls towards Ahmadiyyat by His own grace and opening the doors of tabligh in countless countries. Moreover, the Messiah of the All-Powerful God is engaged in catching white and black birds in abundance. The following four new brothers are proof of this:

1. S Brown AOE, secretary of United African Brotherhood, who is an educated person of a respectable family, belongs to the chieftains of the Igbo nation. As he became a Christian as a child, he started to love Christianity. Inspired by the support of Allah Almighty and the sermons of the Ahmadi missionaries, he was convinced about the truth of Ahmadas by heart and being honoured with the Islamic name of Aziz, became an ardent Muslim. Alhamdolillah!

2. Mr T Howard is a Nigerian. He has left Christianity and has been given the Islamic name, Sarwar.

4. Welford N Diaz of Jamaica (America), an intelligent and wise young man, abandoned Christianity and converted to Islam. By the grace of Allah, he has become Muhammad from Diaz. All of them met the missionaries through Mr Aziz Brown and Dr Ahmad Haley.

They accepted the truthful religion and gave the proof of their pious nature.

It is customary in the UK that people talk to each other on various matters while eating or drinking tea. These scenes from the centre of the Ahmadiyya Jamaat located in London, often being very interesting, bring joy and happiness to the hearts of the admirers of

[Hazrat Ahmadas]. Thus, one such scene is depicted on this piece of paper for the readers of Al Fazl [where it was initially published] and the following lines are presented as a gift from Nayyar, the bearer of the message of sunrise from the West:

Tea is on the table and new convert Ahmadis are sitting in chairs. Discussions on religious issues are taking place. Each person, in his or her own style, is expressing the feelings and emotions that are flowing after drinking of the goblets of Ahmadiyyat, which were distributed among the fresh, passionate hearts. Listen to these discussions very attentively because I will ask you a question aft er the following table talk:

Muhammad Suleiman Faith: (To Hassan Thomason, who got up aft er drinking tea). Brother, what is that in your pocket?

Hassan Thomason: (Takes out the translation of the Holy Quran’s first chapter). This is my sword, which is always by my side.

Muhammad Suleiman Faith: (Conversing to the friends) He is an extraordinary Ahmadi and in my opinion (standing up enthusiastically), if a person is not very well-educated and is a simple soldier like Hassan who believes in Tawhid [Oneness of Allah], prophethood of Muhammadsa Rasulullah [Prophet of Allah] and the messengership of the Promised Messiahas, then he is an Ahmadi Muslim for certain.

Ibrahim Faith: And plan a match with a church team. (Laughter)

Maulvi Fateh Muhammad Sayal: (Speaking to Miss Harvey [this lady is still a Christian]) Miss Harvey! You write it down that in 50 years, Islam will spread throughout the UK, Insha-Allah.

Muhammad Suleiman Faith: Write down that in three years’ time, there will be at least 250 ardent educated Ahmadis here and in 12 months, Miss Harvey will accept Ahmadiyyat. Brothers! After reading these cordial emotions and noble humour, I request you to question those who love Lahore and visitors of Peshawar (Peshor), whether these are the results of a deadly poison or an elixir?

Priest: Are you not a Christian?

Priest: Oh! You are a Muhammadan. Muhammad was a black man.

Some days ago, when I went to Liverpool to see off Hazrat Mufti Sahib, I had the opportunity to carry out tabligh to a Canadian lady at the Lord Nelson Hotel. Beholding Ahmadi missionaries and hearing the true message, where this lady acknowledged the truth, she said the following words in surprise:

“Is it not strange that we used to send missionaries to the East, but now you have come to make us Muslims from the East.”

Last Sunday at 4:30pm, an open air meeting i.e. a Jalsa in the open was held at the gate of Hyde Park. Brother Muhammad Suleiman Faith made the following announcement in a loud voice, which God has given to this zealous youth:

“Ladies and gentlemen! We are here today to proclaim that God is One, Muhammad is His messenger and that salvation is not dependent on anybody’s sacrifice, but rather on faith and good deeds. We announce that God has commissioned Ahmadas of Qadian as a prophet of this age, and that Ahmadas foretold the fall of the Russian Tsar, prophesied the failure of Piggott and the downfall of Dowie. We peacefully promulgate the message of Ahmadiyyat here and our centre is located at 4 Star Street.”

After the announcement of Brother Faith, this humble one explained the meaning of kalima tayyabah and summarised the message of Ahmadiyyat. An opportunity of questions and answers were given. Most of the questions were about Turkish and Armenian relations. The answers consisted of reasonable denial of the false statements and injunctions of Islam about international relations were narrated. After the speeches, there was a circle around the Faith Brothers and the new brothers, continued to give proper answers to English men and women.

1. The birthday of Brother Koreo’s son was on 15 February. On this occasion, Brother Chaudhry Sahib gave a book, Ahmad, compiled by the respected Brother Abdullah Aladdin Sahib, as a gift to this young man.

2. Last Sunday, this humble one delivered a speech on the Reality of Islam at Ahmadiyya Lecture Hall. After the speech, a session of many interesting questions and answers was held. An educated lady named Mrs Gobbel, expressed her willingness to convert to Islam. We hope that this good news will soon reach the readers, Insha-Allah.

In North and South America at the same time

Soon after the journey of Hazrat Mufti Sahib to America, another Ahmadi friend of ours, by the name of Haji Hassan, happened to travel to South America. He went to the Republic of Argentina with plenty of Ahmadiyya literature. In this way, by the grace of Almighty Allah, conveyance of the message of true Islam was arranged in both the corners of the earth, simultaneously.

Dars [sermon] has been arranged once a week to educate the new Muslims and teach them the necessary [faith] matters. Three lessons have been held. Namaz is taught and the attributes of Ahmadiyyat are explained. The three Faith Brothers and Fatima Kathleen take significant and special interest. Although only three regular lessons have been conducted, keen new Muslims have learned a lot. These men and this lady know how to say Kalima Tayyabah and use different words, like bismillah, alhamdolillah, insha-Allah, assalamo alaikum, subhanAllah and Allahu Akbar etc. on their proper occasions. My heart fills with delight and my tongue sings the songs of God Almighty’s praise. I am sure that every Ahmadi feels the same when they shall hear the following words from the mouths of Western white birds:

“Alhamdolillah! I am very fine. I shall write a letter to Qadian [Hazrat Khalifatul Masih IIra], Insha-Allah.”

Yesterday, Fatima Kathleen said, “Now, Bismillah automatically comes out of the mouth and nobody has to make any effort.”

100 Years Ago… – News from Jamaats around the world

100 Years Ago… – News highlighting the progress of Ahmadiyyat