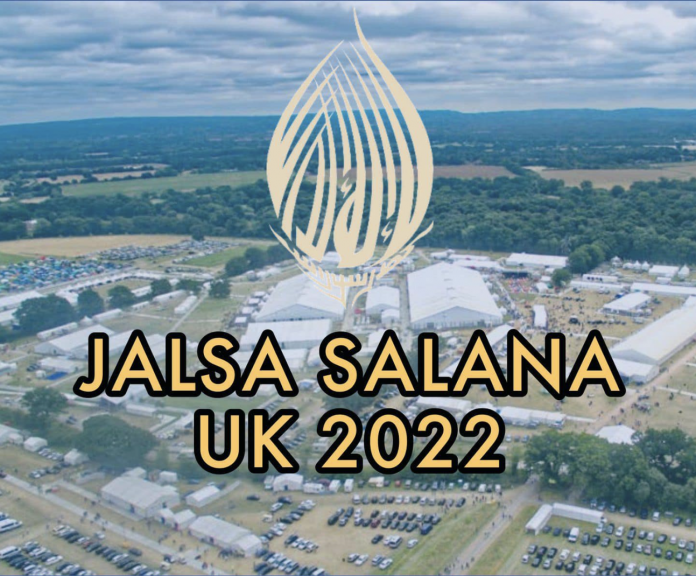 Due to COVID-19 constraints, the event is not open to external guests across the world, except for selected leaders of the Ahmadiyya Community and those residents in the UK. The Amir (National Head), Ahmadiyya Muslim Jamaat of Nigeria, Barrister Alatoye  Azeez Folorunso is among the special dignitaries attending the conference in London.

However, members of the public are welcomed to join live proceedings of the programme which can be watched at various homes and Ahmadiyya mosques across the world via the Community’s satellite television channel, the Muslim Television Ahmadiyya, (MTA International) Also, Murhi International Television, MITV, and Gaskiya Cable TV will join other 20 television channels across Africa to broadcast the Islamic Conference live for three days.

In Nigeria, the Ahmadiyya Headquarters’  Central Mosque at Ojokoro, Lagos, and others across the country will play hosts to members and guests for the three-day proceedings.

According to the founder of the Ahmadiyya Muslim Community, Hazrat Mirza Ghulam Ahmad, the Promised Messiah (as), the primary purpose of the Islamic Convention, which commenced since 1891 in Qadian, India, but now spread across the world, is to enable every sincere individual to personally experience religious benefits, enhance their knowledge, promote mutual understanding and strengthen fraternal ties within the Islamic  Community.

He said the gathering is not an ordinary human assembly, but a phenomenon that is based purely on the Divine Help for the propagation of Islam, translating to an affirmative action the declaration contains in Quran chapter 4 verse 115 that, “There is no good in many of their conferences except the conferences of such as enjoin charity, or goodness, or the making of peace among men. And whoso does that, seeking the pleasure of Allah, We shall soon bestow on him a great reward.”

The high points of the gathering are addresses to be delivered by the  Supreme World Leader of the Ahmadiyya Muslim community, Hazrat Masr r Ahmad, khalifatul Masih, V, goodwill messages from world leaders, prominent scholars, and very important guests for three days, and the global acceptance of new members and renewal of commitment to Islam and e Ahmadiyya community – “the Global Bai’at”, a tradition noted in Islam – that will be performed by His Holiness on Sunday.

Other soul-inspiring topical issues in Islam and the global progress report of the Ahmadiyya Muslim Community will also feature during the conference.

The live streaming of the Conference proceedings can also be watched or followed on the social media platforms such as www.alislam.org, www.mta.tv/africa, www. Youtube.com/africa Facebook Twitter, and Instagram. You can listen to  online radio proceedings in www.voiceofislam.org