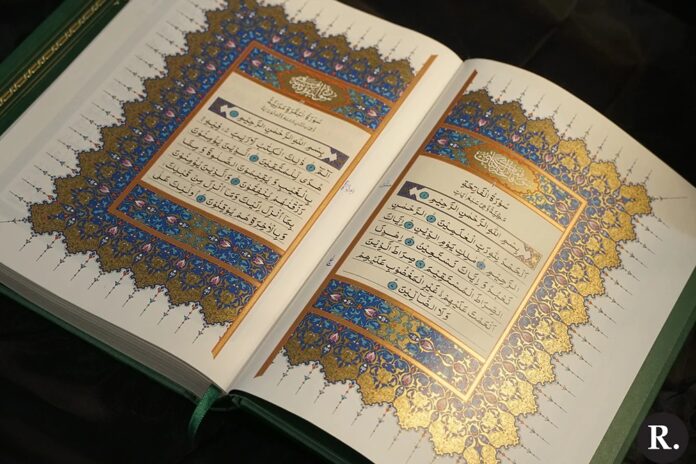 The enterprise of peddling propaganda or fabrication or misrepresentation or misinformation or a combination of them all against the worldwide Ahmadiyya Muslim Community by some self-appointed ‘gate-keepers’ of Islam among the mainstream Muslim scholars has been an age-long trend. Their main objective has invariably been to distance the uninformed or ill-informed Muslim public, in particular, from discovering and embracing this divine community of Muslims whose fundamental mission is to revivify the Islamic faith and practice that have suffered adulteration at the hands of the so-called Muslim scholars.
Emphatically, Ahmadiyya has the overarching objective of reaffirming, restating and reinstating both the lost Islamic orthodoxy and orthopraxy through its concerted global missionary organization, under the guidance of its worldwide Supreme Head – the Khalifah.
Of course, while the over thirteen-decade-history of Ahmadiyya had continuously witnessed viral spread of coordinated and systematic propaganda and opposition against it, it is worthwhile to note that their spread has always come with concomitant viral spread and embracement of the message of Ahmadiyya across the world. Hence, today, Ahmadiyya continues to grow and glow with tens of millions of memberships spread across over 220 countries and territories.
An instance of such anti-Ahmadiyya campaigns which this piece seeks to refute is an anonymous write-up that has gone viral in recent time. It is titled AHMADIYYA ARE NOT MUSLIMS. In exposing the vicious propaganda by the writer, this piece adopts a point-by-point rejoinder format that first reproduces each of their misrepresentations and then straightforwardly deconstructs and reconstructs them with correct representation of facts about Ahmadiyya and its founder, beliefs, practices and history.
ANTI-AHMADIYYA MISREPRESENTATION: AHMADIYAH ARE NOT MUSLIMS
CORRECT REPRESENTATION: AHMADIS ARE MUSLIMS because they profess the Islamic credo: There is no God but Allah and Muhammad (saw) is His Servant and Messenger. They uphold the Islamic fundamental belief in Allah, the Angels, the revealed Scriptures, Divine Messengers and the Last Day and observe the Islamic Salat, Zakat, Fasting and Hajj as prescribed. The Holy Prophet said: Whoso observes our Salat, faces our Qiblah and eats our Islamically slaughtered animal, is a Muslim (Sahih Bukhari).
ANTI-AHMADIYYA MISREPRESENTATION: In the Name of Allāh: Read and Share for the sake Of Allāh, Protect your Friend, brother, Sister, Parents From the poison of Qadianis.
CORRECT REPRESENTATION: In the Name of Allāh: read and share for the sake of Allāh, guide your friend, brother, sister, parents to the truth and blessings of Ahmadiyya as distinct from the fabrications of its opponents.
INTRODUCTION
ANTI-AHMADIYYA MISREPRESENTATION: Ahmadiyyah, also known as Ahmadis or Qadianis is a Movement Founded in Punjab- British India at the end of 19th Century by a Man Called Mirza Ghulam Ahmad (1835-1908). The Movement is directly or indirectly sponsored by Britain as it will be explained fully below.
CORRECT REPRESENTATION: Ahmadiyyah, the members of which are known as Ahmadi Muslims (but incorrectly and derogatorily called Qadianis by the opponents) is an Islamic revivalist movement founded (based on divine guidance and in fulfilment of Quranic and Prophetic prophecies) in Punjab – British India – about a decade toward the end of 19th Century by a man called Hazrat Mirza Ghulam Ahmad (as) (1835-1908). The Movement is NOT directly or indirectly sponsored by Britain.
In truth, several available evidences and facts strongly and conclusively prove that Ahmadiyya could never have been an agent of the British Government. Notably, at the time when India was under the yoke of the British colonial rule and Muslims, in particular, were being awed by the mighty power of their colonial masters, Hazrat Mirza Ghulam Ahmad is found to be the only champion of Islam of the age that wrote with courage two powerful epistles of Islam to the then Queen of England and Empress of India, Her Majesty, Queen Victoria. The first, titled Tohfa-e-Qaisariyyah [A Gift for the Queen], was written and published in 1897 on the occasion of the Diamond Jubilee of Her Majesty, while the second, Sitara-e-Qaisarah [Star of the Empress], was written on 20 August 1899 and published on 24 August, 1899. In the former, after making a faith-inspiring case for the unity of God and prophethood of Muhammad (saw) on the one hand, he went on, on the other hand, to vehemently decimate Christianity – the religion of the British – through a staunch rebuttal of the doctrines of Trinity, Atonement and sonship of Jesus. He concluded by boldly inviting Her Majesty to Islam and passionately prayed: O Almighty God! Thou art all Powerful, we beseech Thee that Thou mayest so turn the heart of our gracious Queen that she may give up all creature worship and see the light of Islam. Let her believe in the One God and His Messenger, Muhammad, till the end of her days.”
Clearly, Ahmadiyya has ever been sponsored directly by Allah’s mighty grace and support through the dedicated religious struggle (Jihad) by, foremost, its Holy Founder and the successive Supreme worldwide Heads and members of the Community as it will be explained fully below.
……………………………To be continued! 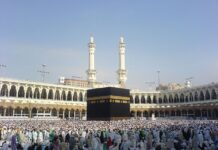 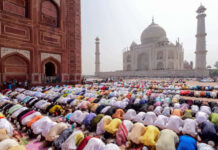 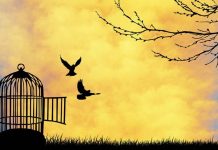