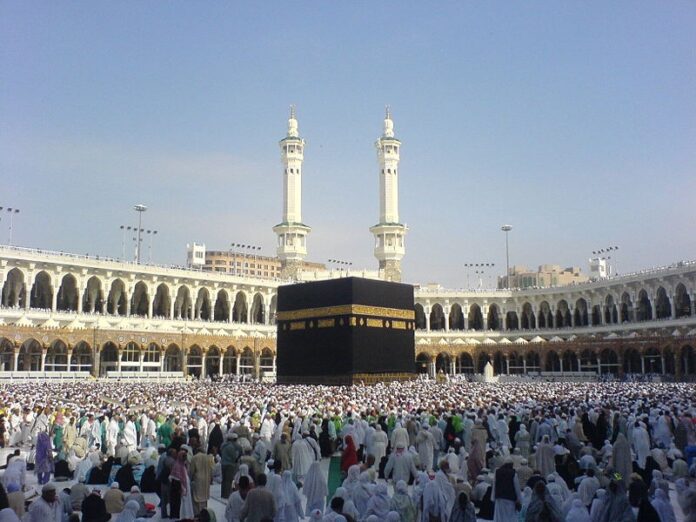 Islam, derived from “salm” – a word meaning peace, denotes submission to the will of Allah to engender a life in peace with oneself, with one’s Creator, fellow humans and the world. “Verily, the true religion in the sight of Allāh is submission” (Qurān, 3:20). As a divinely-inspired human institution, the term “al-dīn al-islāmi” translates to the Islamic way of life (sīrah), of religion (millah), of law (sharīah), culture (ādah), judgement (qadhā), governance (hukm) and rule (mulk).
Islam emerged on the global scene in the seventh century A.D. as a world religion (Qurān, 25:2) and a recrystallization of the ancient Mesopotamian abd Abrahamic family of religious traditions (Qurān, 5:16; 22:79). As a sharīah, an ideology and social order, it proclaims a mission that seeks to actualise what it christens as ihyā al-ardh ba’da mautihaa i.e. a revolutionary renaissance of the cosmos, of all ramifications of human intellectual, religious, social, economic and political existence (Qurān, 57:18). Likewise, it envisions a globalization of the world order of Allāh on earth (Qurān, 61:10) and a realization of both terrestrial and celestial paradisiacal existence for the human race (Qurān, 55:47). Recognising the weak nature inherent in humanity (Qurān, 4:29), Islam sets about to define and explain the meaning, essence and purpose of human life and to structure and guide all manifestations of man’s existence in order to enable him attain his rightful status of a being created in the image of God and to live a peaceful and prosperous life here and the Hereafter.
Muhammad bin Abdullah (saw), the Holy Prophet of Islam, who is represented as the Seal of the Prophets (Qurān, 33:41), is the recipient of the Holy Qurān (Qurān, 25:2), the Divine Scripture of Islam, which embodies the fundamentals and, in some cases, the details of the theological teachings, the legal doctrines and legislations and the socio-political and economic principles and systems of Islam (Qurān, 16:90). In the 23-year span of his prophetic mission at Makkah and Madīnah, Prophet Muhammad (saw), through his Sunnah (Practice), proffered divinely-sanctioned model conception s, interpretations and applications of the Qurānic teachings and worldview for the the Muslims (Qurān, 33:22).
Islam represents itself as Dīn Allāh – the religion of Allāh (Qurān, 110:3), as Dīn al Hanif – the primordial religion of man, and as Dīn al Fitrah – the natural religion or the religion that is natural to the human nature and essence (Qurān, 30:31). This conceptualisation enshrines Islam as a trans-human ideological order and system and a civilizational movement whose mandate is to invite to and construct for man a cosmic order that follows and fulfills Allāh’s tripartite intentions for bringing about human existence on earth: the intention that man should establish the worship of and servitude to the Divine [ibādatullāh] (Qurān, 51:53); that he should acquire and exert his rightful status of being God’s vicegerent on earth [Khalīfatullāh fil-ardh] (Qurān, 2:31); and as a corollary to the above, that he may populate the earth and explore, exploit, organise and usufruct the available human and cosmic resources to construct a robust and glorious human civilization on earth [isti’mār fil-ardh] (Qurān, 11:62).
Islam, whose simple, humane, comprehensive and universal teachings are constructed upon the intrinsic values of human brotherhood, peace, love, understanding and respect, is decreed to be globalised, not localised; to be followed, not to follow; and to dominate and predominate, not to be dominated. Today, with over 1.8 billion followers, Islam is the second largest but the fastest growing religion in the world.