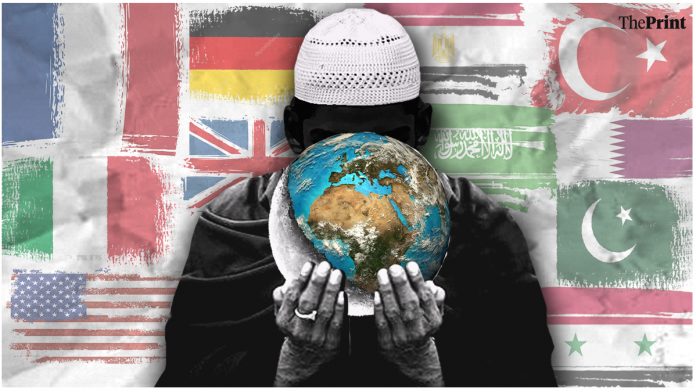 Taking a look at the trajectory of Islam, a phenomenal experience evident throughout the centuries of Muslim history is the fact that, the farther Muslims moved away from the time of the classical era of the Prophet [saw] and the Righteous Caliphs, and the wider Islam became spread in the world and Muslims came in contact with foreign peoples, religions, cultures, civilizations and novel challenges, the more they faced challenges in their conception, interpretation and, ultimately, application of Islam in response to the emerging cosmic challenges.

This piece attempts an analytical assessment of some of the misconceptions and misinterpretations of Islam in the modern time vis-à-vis the contemporary Ahmadi Islamic revivalist thought and ideology.

Islam emerged on the global scene in the seventh century A.D. as a world religion [Quran, 25: 2] and a recrystalization of the ancient Mesopotamian and Abrahamic family of religious traditions. [Quran, 5: 16, 49; 22:79]

It proclaimed a mission that seeks to actualize what it christened as ihyaa al-ardh ba’da mautihaa i.e. a revolutionary renaissance of the cosmos, of all ramifications of human intellectual, religious, social, economic and political existence [Quran, 57: 18]. Likewise, it envisions a globalization of the world order of Allah on earth [Quran, 61: 10], as well as, a realization of both terrestrial and celestial paradisiacal existence for the human race [Quran, 55: 47]. Recognizing the weak nature inherent in humanity [Quran, 4: 29], Islam set about to explain and guide mankind to the best course of human life, history and destiny [Quran, 4: 27].

Muhammad bin Abdullah (saw), the Holy Prophet of Islam, who is represented as the Seal of the Prophets [Quran, 33: 41], is the recipient of the Holy Quran [Quran, 25:2], the Divine Scripture of Islam, which embodies the fundamentals and details of the theological teachings, the legal doctrines and legislations, as well as, the socio-political and economic principles and systems of Islam [Quran, 16: 90]. In the 23-year span of his prophetic mission at Makkah and Medinah, Muhammad [saw], through his Sunnah [Practice], proffered divinely-sanctioned model prophetic conceptions, interpretations and applications of the Quranic teachings and worldview for the Muslims [Quran, 33: 22].

Thus, consensus exists that all the theological, theosophical, jurisprudential and ideological foundations of Islam are based on Divine Scriptural and Prophetic sources that are not only logical, reasonable and rational, but are also simple, humane, comprehensive, universal, realistic and responsive to the requirements of human and cosmic needs and demands. Based on this perspective, both the Quranic and Sunnatic conceptions and interpretations of the Divine Will and Commandments therefore serve as both the primary and secondary bases, the benchmarks, against which the correctness or otherwise of any human future conception and interpretation of Islam will always have to be judged.

Consequently, at the culmination of the ministry of Muhammad [saw], the Quran proclaimed the perfection of the Islamic religion, and the completion of the Divine providence upon the Muslim world [Quran, 5:4]. Notwithstanding, however, alongside this proclamation exists the various predictions about: [1] the future misconceptions, misinterpretations and misapplications that would bedevil Islam, reducing it to a nominal existence [1], on the one hand, and on the other hand, [2] the emergence of divine religious reformers at the head of every century [2], and ultimately, the coming of the Imam Mahdi and the Promised Messiah for the global renaissance of Islam and the Muslim world of the end times. [3]

Leveraging on the available commonwealth of the perfect conceptions and interpretations of Islam given by the Holy Prophet of Islam, the early Muslim caliphates, first the Arabs, then the Persians and later the Turks set about to interfere in human history and create classical Islamic civilization. Later, in the 13th century, both Africa and India became great centers of Islamic civilization and soon thereafter Muslim kingdoms were established in the Malay Indonesian world while Chinese Muslims flourished throughout china.

However, by the nineteenth century – which we may view as virtually signaling the spatio-temporal rise of modernity – a global eclipse had dawned upon the global Muslim religion and civilization as a result of the misconceptions and misinterpretations with which Muslims and others have bedeviled Islam. What are those misconceptions and misinterpretations? Any resurgence or renaissance after the eclipse? 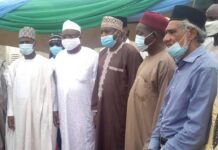 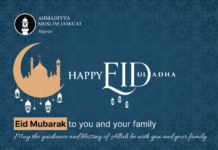 2021 EID-UL-ADHA MESSAGE: OBEDIENCE TO THE WILL OF ALLAH – THE PEAK OF SACRIFICE