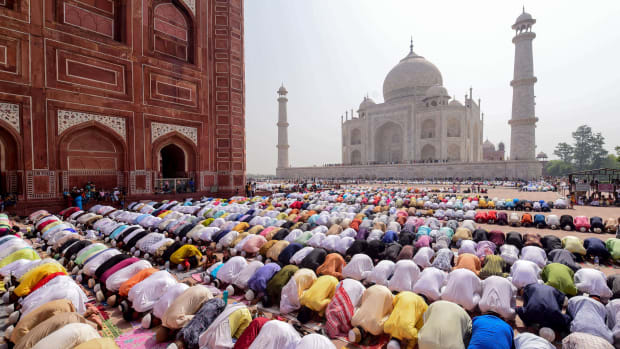 Islam and the Challenges of the Modern Era

As every thoughtful observe would admit, the dawn of the modern era upon Islam had dragged the Muslim world to the crossroads of modern challenges. Islam was being grossly misconceived, misinterpreted and misapplied by the mainstream Muslims. The global popularity of the religion of Allah had been reduced to a nominal identity.

True, nobody would dispute the fact that the prevailing conceptions and interpretations of Islam in the modern times have been quite different from the Islam of the Holy Prophet’s time. Even celebrated mainstream Muslim scholars of the 19th and 20th centuries, like Sir Seyyid Ahmad Khan [1817-1898], Jamal Din Al-Afghani [1839-1897], Muhammad Abduh [1849-1905], Dr. Muhammad Iqbal [1876-1938] and Hassan Al-Banna [1906-1946] and a host of others, had all confessed through their various writings that the modern Muslims have been guilty of misconceptions of Islam. To them, Islam of the modern era was a misunderstood religion; a religion at the crossroads!

A striking corroboration of the above observation may be seen in Faizur Rasul’s note that, “When the Muslim world was still under Western imperial control, Sir Muhammad Iqbal wrote his Reconstruction of Religious Thought in Islam, which implies the construction of Islam by the Holy Prophet and followed by his Righteous Caliphs had been deconstructed in the course of centuries which needed reconstruction, but he gives no programme how to do that. Apparently, he and others thought jihading and gaining political independence from the West alone would do the needful. It did not.” [4]

The pathology of the misconception and misinterpretation of Islam which acquired its widest proportion in the modern era can be traced to the internal challenge of the lingering decline in the qualitative and unalloyed Islamic religious thought, faith and practice prevalent among the mainstream Muslims. The external factors may be linked to those challenges posed by the modern Western colonialism and its present offshoot – globalization of the Western civilization. This is because, as Thomas Benjamin asserted: “Western colonialism dispatched European colonialists to every inhabitable region, implanted and disseminated Christianity throughout the colonial world and exported the languages, laws, institutions, technology and values of the West to nearly all lands, peoples, and cultures worldwide. This political, economic, and cultural expansionism reshaped the non-European societies and cultures with which it came into sustained contact….. This history is not a closed and forgotten chapter without relevance to the problems and promise of today.” [5]

In this light, it can be asserted that the tremendous intellectual, religious, cultural, economic and political warfare waged by the numerous Western colonialists, academic orientalists and Christian Missionaries against the totality of the Muslim world in the 19th and 20th centuries, coupled with the contemporary globalization phenomenon and the increasing tide of Islamophobia by the non-Muslim world have thus resulted into a complex conceptual and interpretative misrepresentations of Islam by both modern Muslims and non-Muslims alike.

Consequently, the Islam we have in our modern era is such that has come with a variety of conceptually conflicting versions or brands. Thus, today, we most often read about ‘Islamism’, neo-Islamism, Salafism and neo-Salafism etc. Likewise, Islam is often prefixed with adjectives like ‘moderate’, ‘fundamentalist’, ‘radical-fundamentalist’, ‘extremist’ and ‘fanatical’ Islam and so on.

AbdulFattah ibn Raji, citing Pittsburgh’s Civil Democratic Islam, distinguished four of such conflicting conceptual misrepresentations of Islam as: one, fundamentalists reject democratic values and contemporary Western culture. They want an authoritarian, puritanical state that will implement their extreme view of Islamic law and morality. They are willing to use innovation and modern technology to achieve that goal. Two, traditionalists want a conservative society. They are suspicious of modernity, innovation and change. Three, modernists want the Islamic world to become part of global modernity. They want to modernize and reform Islam to bring it into line with the age. Four, secularists want the Islamic world to accept a division of Church and State in the manner of Western industrial democracies with religion relegated to the private sphere. These groups hold distinctly different positions on essential issues that have become contentious in the Islamic world today, including political and individual freedom, education, the status of women, criminal justices, the legitimacy of reform and change, and attitudes towards the West. [6]

It is equally instructive to note that these distinct positions have not been confined to academic sphere alone. They have found their cosmic expressions in the prevailing attitudes and situations in the modern Muslim citizenry and states. Hence, Dr. Saheed Timehin opined that the 20th century saw the birth of a conservative Saudi Arabia, a theocratic Iran, a radical Libya, a compromising Egypt and Gulf States, an authoritarian Pakistan and Sudan and a fundamentalist Afghanistan. All these are surrounded by a cosmopolitan adherence to Islam in West Africa and other parts of the world where the faith is characterized by discordant values and attitudes such as traditional piety, ignorant fundamentalism, cowardly liberalism and shameless syncretism.[7]

At this juncture, however, it is expedient to note that, in line with the prophetic decree of history of Islam which predicted the cyclical occurrence of decline and revival of the religion, a substantial section of contemporary Muslim intelligentsia and populace have found some reasons to believe that the Prophet Muhammad’s (saw) prophecy of the grand renaissance of Islam in the modern era had found its fulfillment through the advent of the Promised Messiah and Mahdi in the person of Hadhrat Mirza Ghulam Ahmad [as] [1835-1908].

In 1889, Mirza Ghulam Ahmad established his Mahdi-Messianic movement – the Ahmadiyya Muslim Jamaat – and proclaimed the mission of removing all the misconceptions, misinterpretations and misapplications to which both the adherents of Islam and its detractors had subjected the religion, and return it to its pristine logical, reasonable, rational, peaceful, simple and humane nature which the Quran and Sunnah had earlier given it.

It is compelling to note, as any objective study would reveal, that a unique characteristic of the modern re-interpretations and restatements of Islam being advanced by the Ahmadi revivalist thought is that they are not only based on logical and rational arguments but also on acclaimed divinely-inspired insights into and expositions of the Quranic and Sunnatic teachings.

In light of the foregoing, this writer will proceed to assess some of the various reinterpretations and restatements of Islamic teachings which Ahmadiyya has advanced to reconstruct and reform the multi-various misconceptions and misinterpretations of Islam in our modern age. 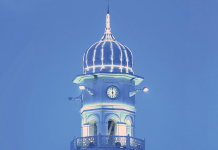 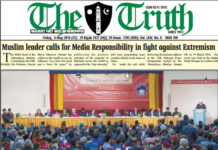 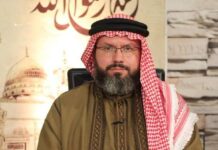