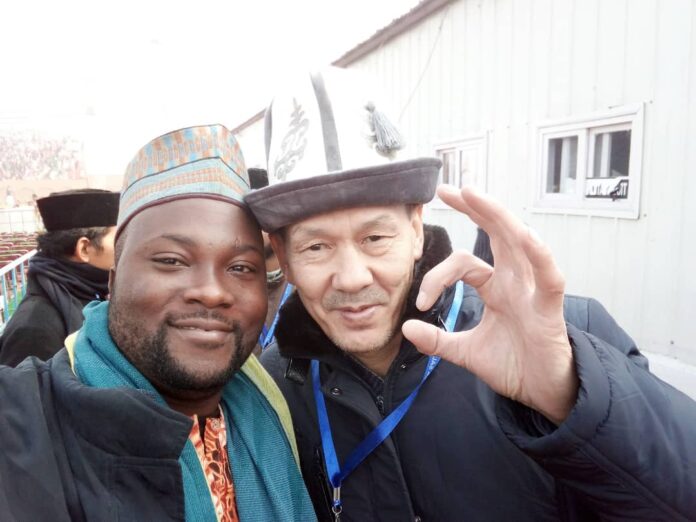 By the special grace and mercy of the Almighty Allah, I was privileged to attend the 2018 Jalsa Salana Qadian, India.

It was actually my first presence and experience in Qadian, the birthplace of Hazrat Mirza Ghulam Ahmad (as), the Promised Messiah and founder of the worldwide Ahmadiyya Muslim Community. As an African Missionary leaving the shores of Africa for the first time, I was filled with happiness and a great aspiration to see Qadian. 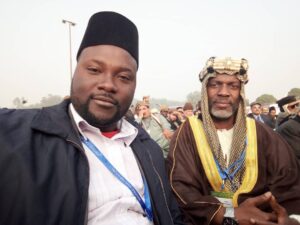 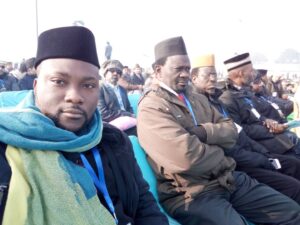 On arriving at Qadian after a journey of several hours on road from New Delhi, and despite witnessing such cold weather for the first time in my life, the sight of Qadian was indeed pleasing and I was more pleased when I saw more than thirty (30) fellow Africans at the Conference with a very high spirit and great enthusiasm to participate in all the Jalsa proceedings.

I was exceptionally marvelled with the spirit of brotherhood at the Jalsa and, most especially, with the high spirit of sacrifice displayed by the workers at the Convention. Both the young and old were always ready to offer every sacrifice for the comfort of the guests of the Promised Messiah (as). The volunteers on security duties were always there at every moment, even in the extreme cold of the night. May Allah reward them all abundantly. 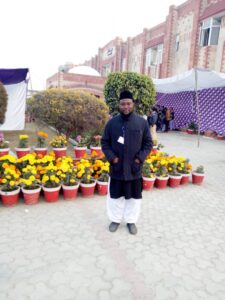 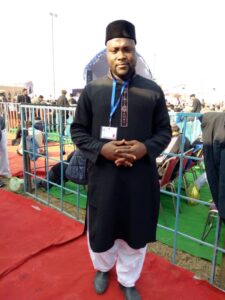 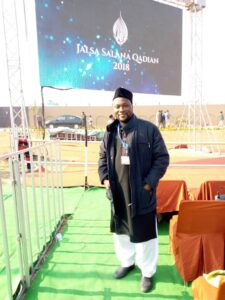 One great thing about Qadian was that everyone meets each other with cheerfulness and happiness. Most especially when some of our Indian/Pakistani brothers realised that an African Missionary, like myself, could speak and understand the language of the Promised Messiah (as); they all showed great love and affection.

Another wonderful scenario I witnessed at Qadian was that, despite the extreme cold weather, you would find people very early in the dawn trooping in large numbers to participate in the Tahajjud (the supererogatory night Prayer). I could remember that while there, I tried on so many occasions to observe prayers at the Mubarak Mosque but, on every occasion, I was told the place is filled up. However, I eventually had the opportunity to do so. Alhamdulillāh!

It was indeed pleasing to have the opportunity to pray at Baitu Dua, Baitul fikr and several other rooms of the Promised Messiah (as). One surprising fact is the enthusiasm and zeal in every attendee to get an opportunity to pray in these holy rooms, and one could see a feeling of contentment and conviction of acceptance of prayers in the countenance of everyone who had had the opportunity of praying there.

While in Qadian, considering the distance we traversed to reach there, one thing that always struck my mind was how the message of the Promised Messiah (as) was able to spread from such a remote village to the entire world. This, therefore, further strengthened my conviction that he, indeed, was a Chosen One of the Almighty Allah.

Another striking thing about Qadian is the feeling of tranquillity one experiences while there. One always feels secured in Qadian. And, even, adherents of other faiths who live nearby do how high level of love and affection to all Jalsa attendees.

Also, witnessing the presence of the attendees at Jalsa who have traveled from different parts of the world, I could see the fulfilment of the prophecy vouchsafed to the Promised Messiah that:

That is, “He shall come to you from every far region.”

I was able to meet people from virtually all the continents of the world and everyone displayed a great level of love for the other.

I was extremely pleased with the various speeches at the event. The facilitators were versatile and learned and the speeches were really soul inspiring.

Qadian is a place to be visited by all, to experience the bounty and favours bestowed by Allah to the Imam of the Age. May the Almighty Allah give us all the grace to do so. Aameen