“And We have not sent thee but as a bearer of glad tidings and a Warner, for all mankind, but most men know not.”

A distinctive feature of Islam is that it addresses itself to the whole of mankind. Previous religions only addressed a particular people at a particular time. Islam however is the summit of religious evolution, and addresses itself to every nation on Earth, in whichever era they live. It is thus a unique religion in that it recognises the truth of other Prophets, such as Moses, Jesus, Krishna, Buddha, Zoroaster and others, while recognising that over time their messages may have been misinterpreted or distorted. Islam came to restore and excel whatever truth they had, while correcting the shortcomings that had crept into them. Thus a Muslim has nothing but love and affection for other religions, as it sees them all as having emanated from the same Divine Source.

We present below an extract of writing from Hazrat Mirza Tahir Ahmad (May Allah have mercy upon him ), the Fourth Caliph of the Ahmadiyya Muslim Community. This was originally published in his short book, Some Distinctive Features of Islam.

BY HAZRAT MIRZA TAHIR AHMAD (MAY ALLAH HAVE MERCY UPON HIM )

‘And We have not sent thee but as a bearer of glad tidings and a Warner, for all mankind, but most men know not.’(Holy Qur’an, 34:29)

And when the Holy Quran calls itself a message for all the worlds (8:128), it upholds itself as the guidance with which is linked the true development and advancement of mankind. The Holy Quran has repeatedly been called the Verifier of other Books and Muslims are admonished to believe in all other Prophets (pbut) in exactly the same manner as they believe in their own Prophetsa. In our faith, it is forbidden to make a distinction among any of them, much less to believe in some and reject others. The Holy Quran says:

It may not be without merit to examine if universality in itself is a desirable feature, and why Islam has laid such great stress upon it. Ever since Islam has brought the message of the unity of mankind, the pace of the march towards such unity has continued to accelerate in every sphere. An example of this march in our times is the establishment of different international bodies and federations. Indeed, these are but milestones along the long and devious journey towards unity among all mankind. So, the need that is keenly felt by the advanced and civilised man of today had already been fulfilled by planting the seed of its solution in the message of Islam 1400 years ago. Today, of course, the rapid development of travel and communication has lent a new impetus to the march towards unity among peoples and nations.

HAJJ, THE ISLAMIC PILGRIMAGE, IS THE ULTIMATE SHOW OF HUMANITY’S UNITY. © CAMERA EYE

Differences and Contradictions among Faiths – Their Reality

A question that arises is: if all religions were in fact founded by Messengerspbut from God, then why is there any difference in their teachings? Can the same God sends own different teachings? This question is answered by Islam alone, and this, too, is a distinctive feature of this religion. Islam holds that there are two basic causes of differences between various religions. First, that varying conditions had needed varying dictates and rules, and the All-Knowing and All-Wise God had provided guidance for different ages, regions and peoples in accordance with their respective needs. Second, the contents of various faiths faded and wilted under the vicissitudes of time; hence they were not preserved in their original form. In some cases, the followers themselves introduced innovations and variations to suit changing needs, and the originally revealed Books continued to be interpolated for this purpose. Obviously, such adulteration of the Divine Message ultimately mandated fresh guidance from the Original Source. As God has said in the Holy Quran:

“They pervert the words from their proper places and have forgotten a good part of that with which they were exhorted.”(Holy Qur’an 5:14)

If we examine the history of differences between various faiths in the light of the principles enunciated by the Holy Quran, we find that the differences tend to diminish as we reach nearer the source itself. For instance, if we limit the comparison of Christianity and Islam only to the life of Jesuspbuh and the four gospels in the Bible, then there will appear only very minor differences between the basic teachings of the Bible and the Holy Quran. But, as we travel further down the road of time, the chasm of these differences becomes wider and wider, till it becomes totally unbridgeable—and all because of human endeavour to revise that which was originally revealed. The history of other faiths also reveals the same basic reality, and we find strong corroboration of the Quranic view, that the direction of human changes and revisions of the Divine Message, has always been from the worship of one God to that of several, and from reality to fiction, from humanity to deification of human beings.

The Holy Quran tells us that the surest way to distinguish a true religion, despite its subsequent mutilation, is to examine its origin. If the origin reveals the teaching of the unity of God, worship of none save the One God, and a true and genuine sympathy for all humanity, then such a religion, despite subsequent changes, must be accepted as true. The founders of religions that satisfy this criterion were indeed righteous and pious beings, and true Messengers deputed by God, between whom we should make no distinction and in whose truth we must believe fully. They have certain fundamental features common to all regardless of differences in time and place. Thus expounds the Holy Quran:

“And they were not commanded but to serve Allah, being sincere to Him in obedience, and being upright, and to observe Prayer, and pay the Zakat. And that is the religion of the people of the right path.”(The Holy Quran 98:6) 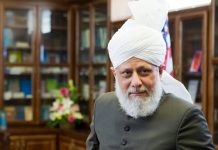 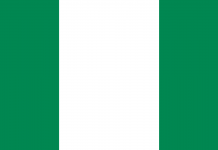 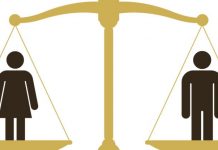