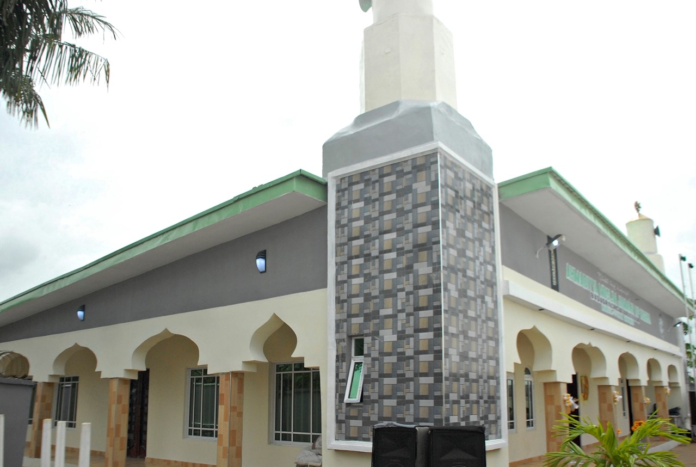 It was a huge landmark and historic day on Sunday, 19th June 2022 as the National Head of Ahmadiyya Muslim Jama’at of Nigeria, Barr. Alatoye Folorunso AbdulAzeez commissioned an Ultra-Modern Central Mosque at Ajagamibo Avenue, Aradagun Badagry in Lagos State.
The worship centre was built with state-of-the-art facilities, tiled both within and outside, embedded with good-looking minarets, and surrounded by attractive flowers in a serene and spacious environment.

Named ‘Baitul-Fatah Mosque’, the place of worship can easily accommodate over 600 worshippers at once. The foundation of the Mosque was first laid in October 1980 by the then head of the Ahmadiyya Muslim Community in Nigeria, His Eminence Ajmal Shaheed Ahmad. The foundation stone was re-laid on Saturday 19th February 2022 by the Badagry Branch President of the Muslim Organization, Pa. M.B Okubena. Hence the mosque project was completed in a record four-month.

The Mosque was built and donated by one of the blessed families of the Ahmadiyya Muslim Community – the Popoola family in honor of their late father Alhaj Abdul Fatah Atanda Popoola who was a staunch and devoted member till his demise in 1982. 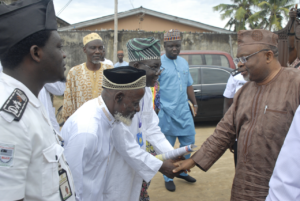 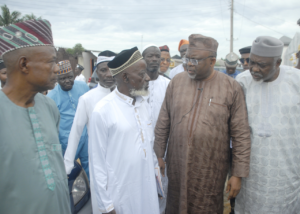 In his address, the National Head of the Muslim organization lauded the initiatives of the Popoola family, stressing the importance of Mosque building and its aftermath rewards in the hereafter. He added that all places of worship must be sacred centres void of evil acts. 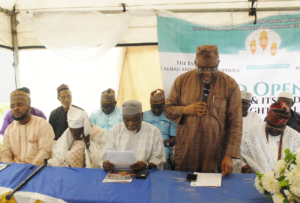 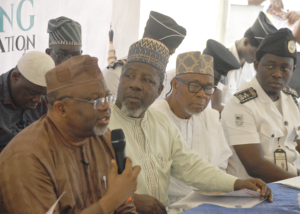 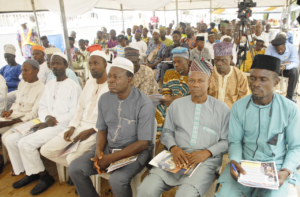 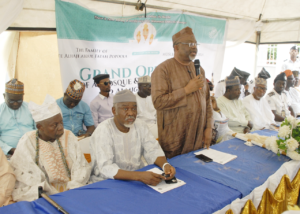 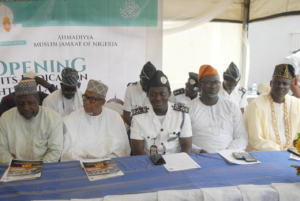 Alhaji Alatoye further admonished worshippers to always have pure and sincere minds when observing prayers in Mosques as this is pleased with Almighty God. 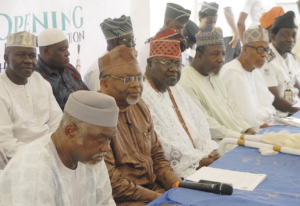 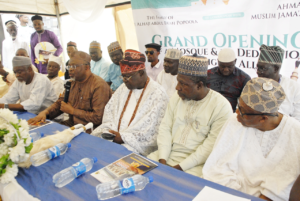 “The rewards for building Mosques in honor of our late loved ones are in multitudes.

It is a life-time reward.  The initiative of the Popoola family is hereby commendable”.

“We must worship in the Mosque with our hearts filled with love, kindness, and piety.  Everything we do in the Mosque must be Godly.  May Allah accepts our sincere prayers,” he prayed. 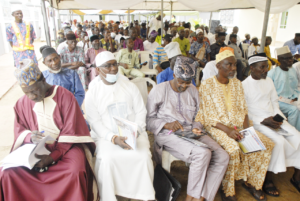 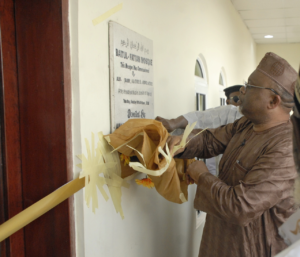 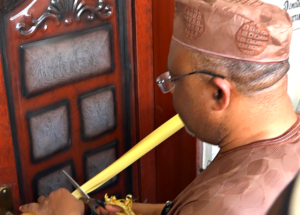 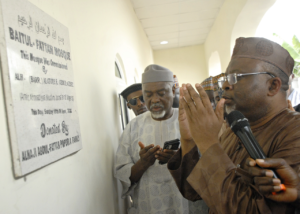 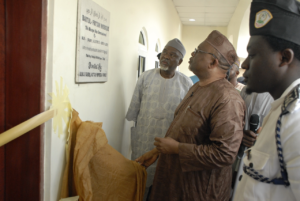 He stated: “It is difficult to believe any group of individuals could have the audacity to attack a place of worship filled with human beings who were gathered to worship God, the Almighty.

This is the peak of an affront against God and man that will never go unpunished.  There is no absolutely no justification whatsoever for any group of people to engage themselves in such a callous and dastard act.”

“Even in the face of a defensive response to an act of war, the Holy Quran expressly forbids believers from attacking places of worship, children, women, and priests.”

The Amir further informed that the youths of the organization joined others in donating blood to the surviving victims of the barbaric attacks.

He thus urged the police force to fish out all the perpetrators and their masterminds and made them to face the full wrath of the law for their devilish acts.