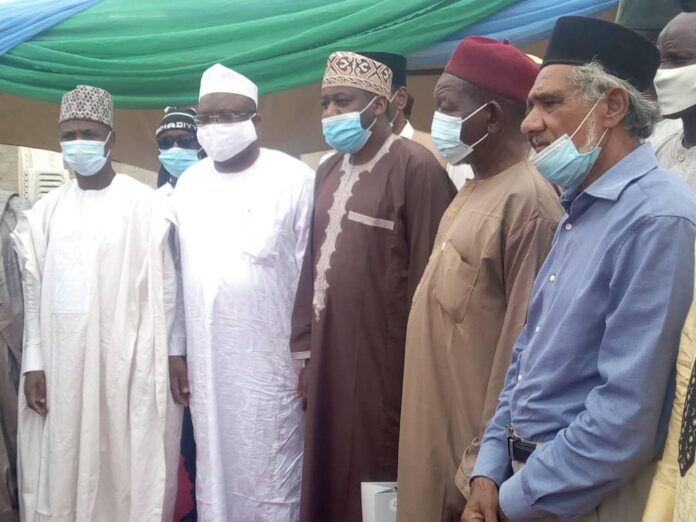 The Ahmadiyya Muslim Jamaat of Nigeria has commenced the building of another Clinic in Kano for more improved health care services to the people of the State.

The foundation laying ceremony was performed by His Royal Highness, Alhaji Aminu Ado Bayero, the Emir of Kano, the Amir Ahmadiyya Muslim Jamaat Nigeria, and the representative of Kano state Governor, the Commissioner of Health at the Ahmadiyya Muslim Jama’at complex along Zaria Road opposite the Kano Economic City.

Once the new Clinic is completed, kano state will have three medical facilities and two schools for the overall benefit of the populace.

Historically, the Foundation stone of the first Ahmadiyya Clinic in Kano was laid by late Royal Highness Alhaji Ado Bayero on 28 Dec 1968. It has now been upgraded to Ahmadiyya Hospital Kano.

Before that, on 14 October 1967, Alhaji Aminu Kano; who was then the Federal Commissioner for Telecommunication visited Ahmadiyya Dispensary Apapa under the management of Retried Lt. Col Dr. M Y Shah described the activities of the Dispensary as “Wonderful work for humanity and peace.”

On 19 February 1974, His Excellency, Alhaji Audu Bako, the Executive Governor of Kano State laid the foundation of Ahmadiyya College in Kano when Maulana Ajmal Shaid was the Amir of Nigeria. He was present at the occasion.

This Secondary School has attracted many local and international awards to Kano through academic and sports laurels.

The Amir, Head of Ahmadiyya Muslim Jamaat of Nigeria, Barrister Alatoye Folorunso Azeez used the occasion to reiterate the essence of understanding Islam from the perspective of the Ahmadiyya Muslim Community to the effect of service to humanity in all ramifications. 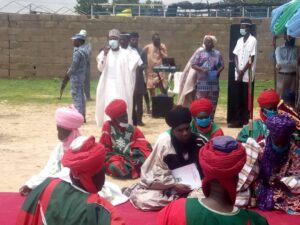 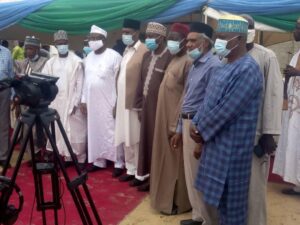 He stated that the Ahmadiyya Muslim Community believed that Almighty Allah sends the Holy Prophet Muhammad as a mercy unto mankind. Therefore, in addition to upholding the five pillars of Islam and six articles of faith, a Muslim preoccupation is to be a mercy unto mankind by making life easier for them, to serve Allah in an atmosphere of peace. Accordingly, the Jamaat has a Non-Governmental Organization called Humanity First whose preoccupation include:

1. Global Health for all by building Hospitals and Clinics
2. Knowledge for All by building Schools
3. Orphanage Care
4. Water for life
5. Gift of Sight
6. Food security
7. Refugee Resettlement
8. Community Care; and
9. Disaster Relief.

He noted that Humanity First through the present Medical Director of Ahmadiyya Hospital Kano has treated thousands of people on the “Gift of Sight “ scheme free of charge.

Similarly, through the Principal of Ahmadiyya College Kano, Humanity First had sunk many boreholes in the suburb of Kano metropolis to provide drinkable water to those environments. 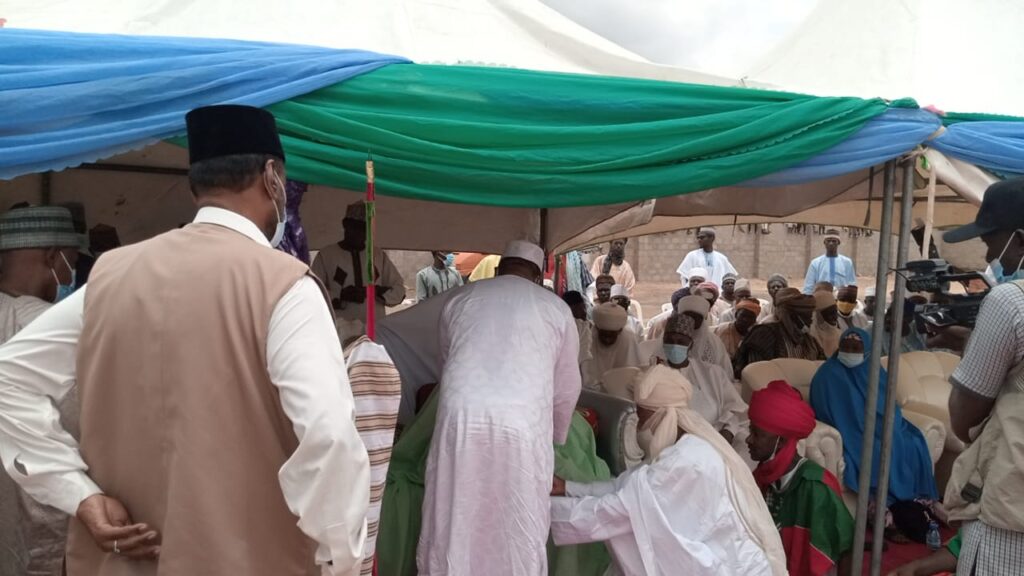 Barrister Alatoye equally said that the Founder of Ahmadiyya Community laid emphasis on Islam as a religion of peace, hence the current Khalifa, spiritual head of the Ahmadiyya Muslim Community globally is preoccupied with how the world will achieve global peace and has made several tours before the Covid 19.

Nigeria was one of the countries on the list before the outbreak, hence the visit was halted. His key message during the tours is how the world will embrace justice and peace and he has written many books on this.

The Amir appreciated the cordial relationship among the Palace, the Kano State at large, and the Ahmadiyya Muslim Jamaat for the realization of sustainable developments through the provisions of a Hospital, equipped with ultra-modern facilities, unique primary and secondary schools, and now a new clinic in Kano alone.

Both the Emir of Kano and the Kano state government equally appreciated the gestures of the Ahmadiyya Muslim Jamaat of Nigeria.