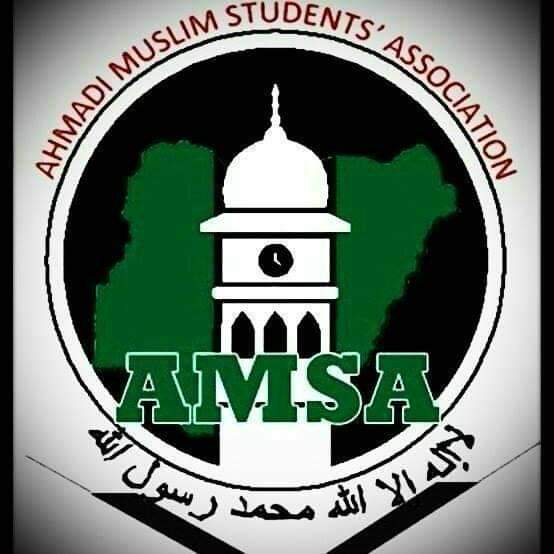 It has been a jubilation galore following the approval by the Lagos State University (LASU) of the registration of a Chapter of Ahmadi Muslim Students’ Association (AMSA) on the University campus on 20th July 2022.

It further noted that “This approval is subject to the ratification by the University Senate on the recommendation of the Students’ Affairs Committee, and it is renewable at the end of every academic session.”

In his reaction to the historic development, the Chapter’s President, a 400-level Islamic Studies student of the University, was quick to express his joyful emotions, stating that, “For over a decade, the past administrations of AMSA, LASU have tried to register the association on campus, but the University Authorities didn’t grant it.”

“Recently, however,  my immediate predecessor, in the person of Comrade Hafiz Ismail Abdul Qadri, called me and gave some pieces of advice about the AMSA LASU registration. We started the struggle again since last semester. I submitted our application for registration more than three times.”

Narrating further, he said, “I was very happy when, while we’re preparing for our program (AMSA LASU FRESHER’S ORIENTATION) yesterday, I was called from Students’ Affairs Office that our approval letter is ready.”

Expressing his gratitude, he said, “I give thanks to Almighty Allah, because He is the One that makes this struggle comes to reality.”

“Also, I really appreciate some of our lecturers and brothers on campus. Dr Sa’eed Olurotimi Timehin, Mr. Bosun Jubril Akinde, Mr. Abdul Hakeem Akintobi, Dr Oyebo, Dr Edu, Mr. Popoola and Mr Balogun Ridwanullah (Saudibras) who are Ahmadi lecturers on campus. Also, Dr. Bello, who, although, is, actually, not an Ahmadi Muslim, but stood behind us during the registration struggle.”

In the same vein, while reacting to this achievement, Hafiz Abdurrofeeq Alaka, a former National President of AMSA Nigeria (2017-2019) and First Class graduate of LASU, said, “Alhamdulillah. It is a thing of joy to live to witness this achievement that directly affects the lives of Ahmadi Students within the campus.”

Speaking further, he recalled that, “Several attempts have been made previously and the mainstream body, i.e. Muslim Students Society of Nigeria (MSSN) has proven difficult to deal with. Despite our non-registered status in 2013, we managed to secure a hall within the campus for a program, bringing together AMSA members in Lagos State; but surprisingly, MSSN came and disrupted the whole program.”

“In 2017, we made another effort to get registered but we were, however, told by the LASU Muslim community to go and get a letter of recognition from MSSN. This was just a plan to frustrate our plans knowing full well that that was impossible. At any rate, we’re happy that, finally, justice has been served and we felicitate with the entire members of AMSA Nigeria for this breakthrough, he added.”

The purpose for establishing AMSA is “to build a membership base who shall serve as an agent of peace, equity and justice by imbibing in its members, beneficial knowledge and acute leadership skills necessary for the development of our society in the 21st century.”

Other purpose of the association is “To develop members’ knowledge and intellect for objectivity on Islamic teachings and for active involvement in its propagation and practice,”

It also aims “To develop interest in social and humanitarian services and to lay the foundation of and work towards universal brotherhood,” among others purposes.